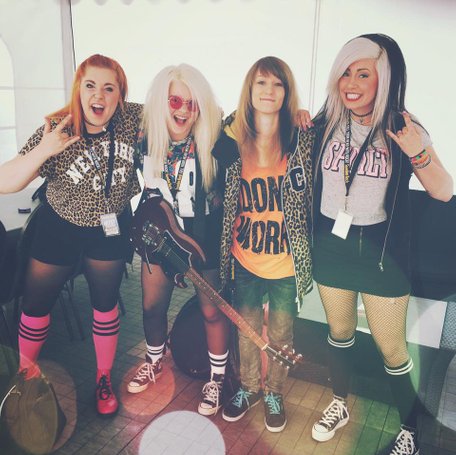 "A big, fat, tight bitch slap" is a phrase people have been using to describe Browsing Collection's music.

The band was founded in 2008 in the deepest forest of Skövde, Sweden, where three young girls in ages between 11-15 decided to start a rock band. Out of nowhere they learned how to play instruments, wrote some kick ass-songs and recorded their first EP, which was the beginning of an epic journey.

During these past years many members have come and gone, but the message has always remained: Stand up for yourself, don't trust jerks, stay away from bullshit and save the planet! With these opinions Browsing Collection has traveled across theworld, praising in the name of rock n' roll. Maybe you have seen them rocking out at Peace & Love, Getaway Rock, Putte i Parken, Sweden Rock Festival or on tour in South Korea or Europe. In 2015 they released their first full-length album "Greetings From Wonderland", which they even produced and mixed all by them selves. In 2018 they released an EP called "Don't Want To Dance" that got praised by radio, webzines ang magazines all over the world, and are currently working on a new album with heavier and more catchy sound than ever!